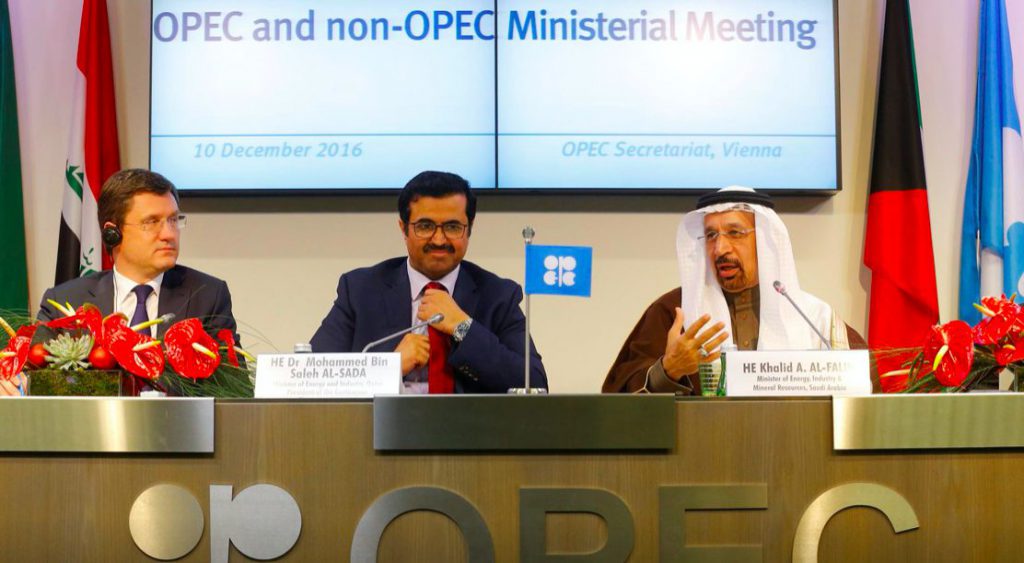 OPEC Stand for “The Organization of the Petroleum Exporting Countries”.

Five countries Iran, Iraq, Kuwait, Saudi Arabia and Venezuela together founded OPEC in Baghdad in year 1960. Since 1965, It has been headquartered in Vienna, Austria (a non OPEC Country) . At present total numbers of member are 13.

Together OPEC 13 member constitute 81.5 % of the world proven oil reserves.

Its mission is to coordinate and frame the petroleum policies of its Member Countries. With their policies, OPEC stabilizes oil markets in order to secure an efficient, economic and regular supply of petroleum to consumers. OPEC also ensures a steady income to producers and a fair return on capital for those investing in the petroleum industry.

The organization is also a significant provider of information about the international oil market.

In the 1980s, OPEC began setting production targets for its member nations; generally, when the targets are reduced, oil prices increase. This has occurred most recently from the organization’s 2008 and 2016 decisions to trim oversupply.

At present, the secretary general of OPEC is Mohammed Barkindo.

The cartel mission is to fixing the crude oil price by producing oil as per agreement quota and keep production below demand. This is different than OPEC.

India with OPEC and OPEC +

At the same time India buy a 10 Billion of Crude oil from OPEC + countries. Few major supplier are Mexico, Malaysia, Oman  and Russia.